Here we have another kid (and adult) favorite.  It’s a breakfast treat, dessert, midday snack, whenever-you-want-it kind of rice pudding.  As a kid I used to love Arroz con leche but my mom never made it that often.  I can remember watching her make it but what did I know about paying attention to details then? Nothing.  Now that I am addicted to experimenting with food, I challenged myself to create my own version of Arroz con Leche.  In the last couple of weeks I have made at least 5 batches trying to perfect the recipe because it’s hard to get the rice at the right texture.  One was a bit too mushy, the other a wee bit undercooked, another too much cinnamon.  I think I finally got it down.

Before I go on about how I used the cinnamon stick in this recipe, I feel it’s important to share a bit of information as to why I chose the stick as opposed to ground cinnamon.  I have a small sentimental attachment to cinnamon sticks, so if and when I have the choice to use the stick, I prefer it over the ground stuff and I’ll tell you why.
1.  IN MY OPINION (because I am no expert), the flavor you
get from ground cinnamon is different than a cinnamon
stick. The cinnamon stick gives more of its true earthy
flavor and aroma when boiled.  Ground cinnamon is
more mild and  better suited for a recipe that does not
involve boiling liquids like making cookies or cake.
It also takes away from the main dish you are using
it in because it can be overpowering if you use too much.
So whenever I can, I use the stick.
2.  It reminds me of my dad everytime I use it.  He used to work the graveyard shift and would come home at the crack of dawn. When he got home he would make himself some cinnamon tea using the cinnamon sticks and I could always count on that smell to let me know he was home.  I can remember a few times waking up and going to sit at the table with him while he ate his breakfast (or dinner in his case) and he would share his meal with me.   The smell of freshly boiled cinnamon sticks is ingrained in my memory bank as one that will ALWAYS remind me of my father.  For that reason I have a sentimental attachment to cinnamon sticks and you can pretty much count on me always having it in my spice cabinet.

As for this recipe you can use either one.
One tip that I would recommend if you decide to use the cinnamon sticks (which I highly suggest), is to use a Bouquet Garni Spice Bag, cheese cloth, or tea bag which you can get at most Asian Supermarkets.  The reason for this is because the cinnamon stick breaks up into pieces when it is cooked and you will end up with splinter-like pieces in your Arroz con Leche.   It’s a bit difficult to get them all out.

For now I have been using the Tea Bags from a nearby local Asian Supermarket that I like to go to.

Normally I tie it with butcher’s twine that can also be found at an Asian Supermarket but is also easily available at any other grocery store that sells kitchen tools.  I think Target might even carry it.

After you have gotten your cinnamon bag ready, rinse the rice and set it aside.

and finally the vanilla bean.

Here’s a quick picture tutorial in case you’ve never cut one open.
1.  Flatten the bean gently with your fingers.
2.  Hold one end by pressing down with your index finger and
piercing through the bean with a knife, cutting it in half.  I
usually leave the tip that I held down uncut.  Makes it
easier to scrape out the goods.
3.  Starting from the end that is still connected, scrape the
seeds off the bean halves all the way to the bottom.
That’s the best way that I can describe how to cut a vanilla bean.  Hopefully it helped a little at the least. 🙂

Best place to get vanilla beans in my opinion is at Whole Foods.  They have a spice bar where you pick how much you want by weight.  It’s the cheapest way to get a vanilla bean and your guaranteed not to spend up to $10 on a dry vanilla bean.

With the pot on the burner, turn on the heat to high, but
DO NOT LEAVE the milk!!

Just before it begins to boil, immediately turn the temp to medium low and take it off the burner.

While it is still off the burner, add the rinsed rice……

cover, and return it to the burner.

Cook on medium low for about 10 minutes.

After the final 10 minutes (total cooking time on medium low is 20 minutes), turn off the burner stir one more time and let it sit for half an hour covered.

After half an hour has passed, add the cold milk and stir WELL.

It will be slightly runny still but don’t worry, it will thicken up later in the fridge.

At this point you can start eating it.  We usually do serve up a few bowls to share because it really tastes good hot or cold.  Personally I enjoy it chilled.

Last but not least, get out an airtight container and pour all the Arroz con Leche in, cover, and refrigerate at least an hour (the longer the better).

Serve it with some toast, a muffin, banana bread, fresh fruit, or nothing at all.  It’s good enough all by itself too 🙂 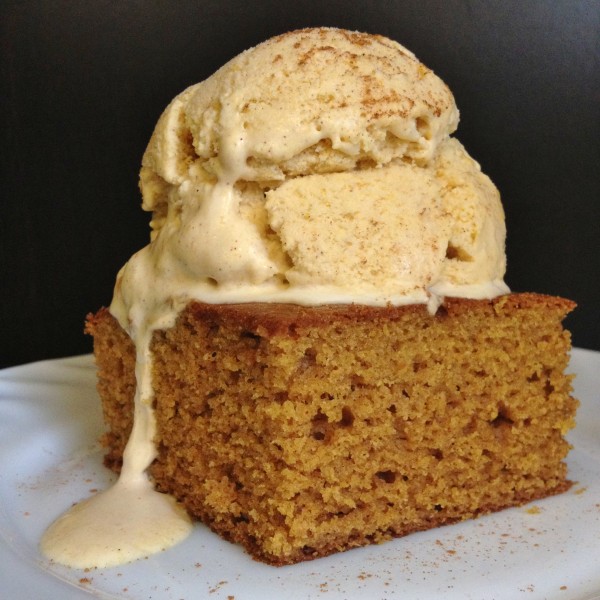 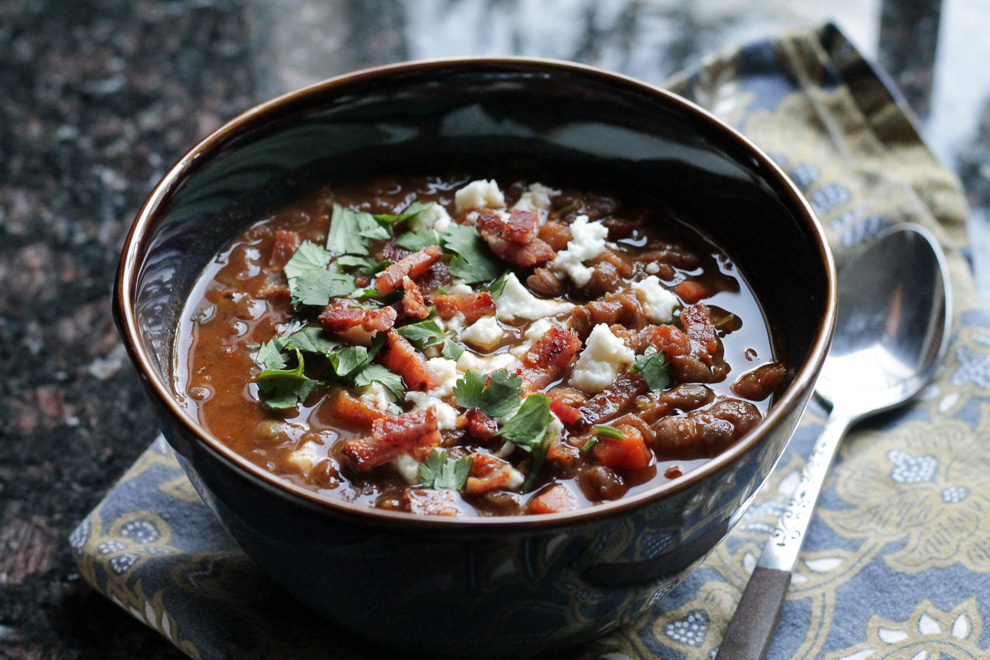 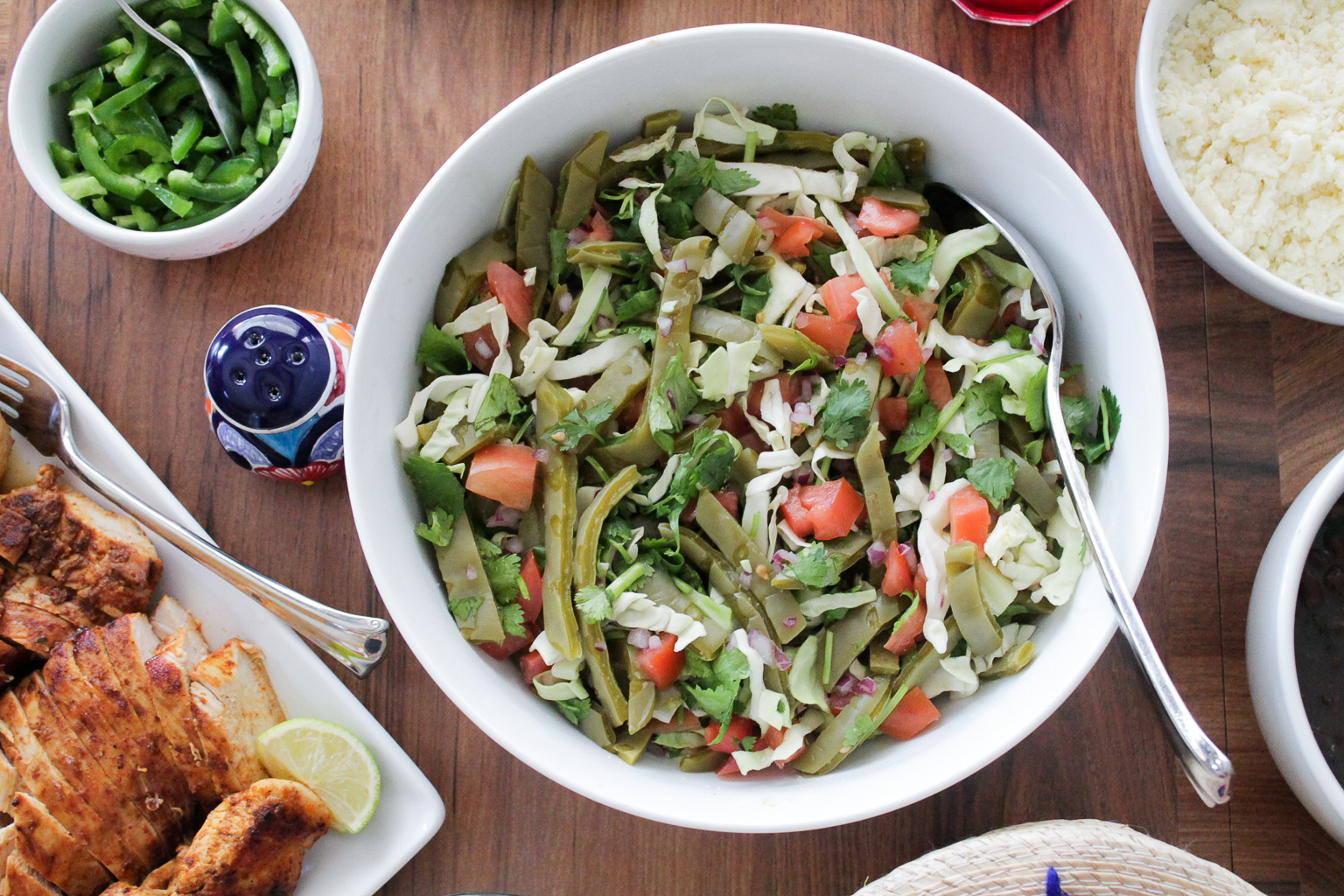 Cabbage and Cactus Salad plus my Weekly Meal Planning Sheet