I’ve always heard the story of The Three Kings in Christmas books, but I never allowed myself to see past the real reason why we celebrate Christmas.  To me the birth of Jesus has always been  THE reason for Christmas, but I never looked past his birth, never fully respecting or understanding the events that surrounded his birth.  Just in the last few months of my revalation of not knowing much about my Mexican roots and doing some research, I have learned many new ideas and traditions that aren’t being celebrated by a large majority of my extended family.  Not because they don’t believe anymore or care, but because they have lived in the US for so long that these traditions have become distant memories.

All my Tia’s, my Mom, and Tio have lived in the United States for the most part of their lives.  I think the oldest was around 14 and the youngest was 2 when they came to live in the US.  So you can imagine how easy it was for them to adopt a more American culture as they grew and started their own families.  They still hold on to a few of our Mexican holidays and traditions, but Dia de Los Muertos, Dia de La Virgen de Guadalupe, and Dia De Los Reyes haven’t been on top of their list though.  That’s something that I want to change with my own immediate family.
This year for Dia De Los Reyes (also known as the Epiphany) I was feeling unprepared in how we will celebrate.  That didn’t stop me though.  Just because we aren’t having Rosca de Reyes or presents from the Reyes for the kids, doesn’t mean I should forget about the whole thing.  This is important to me, and somehow I will find a way to include this holiday into our Christmas traditions better next year.  Traditionally in Mexico, on January 5th, children put their shoes by the front door with a list of the things they want the Reyes to bring them.  We didn’t do that, and I don’t think that’s something we will do in the future.  Sometimes they leave offerings for the Reyes and their camels too.   Probably won’t do that either.   What I did plan for today though was this:
–We read stories about The Three Kings’ journey to Bethlehem on el Noche de Reyes
(January 5th).

– I Presented Gold foil covered chocolate coins to my children instead of gifts.

-My daughter and I made a nativity paper doll scene.

These beautiful printable paper dolls came from The Serendipity Sisters website.  They have several others to choose from and you can also print some that are already colored.  If you have preschoolers they will love coloring the dolls themselves.  My daughter and I did this activity together and we really enjoyed the whole process of coloring and cutting them, talking about the characters and scene.

She finished it off with a star at the top (not pictured) and then placed it next to our Christmas village.  Next year I’ll teach them about the symbolizm of the Rosca de Reyes since we didn’t have one this year.   I would say today was a great start for us.  Easy, simple, straight to the point, kid-friendly.  Don’t you think? 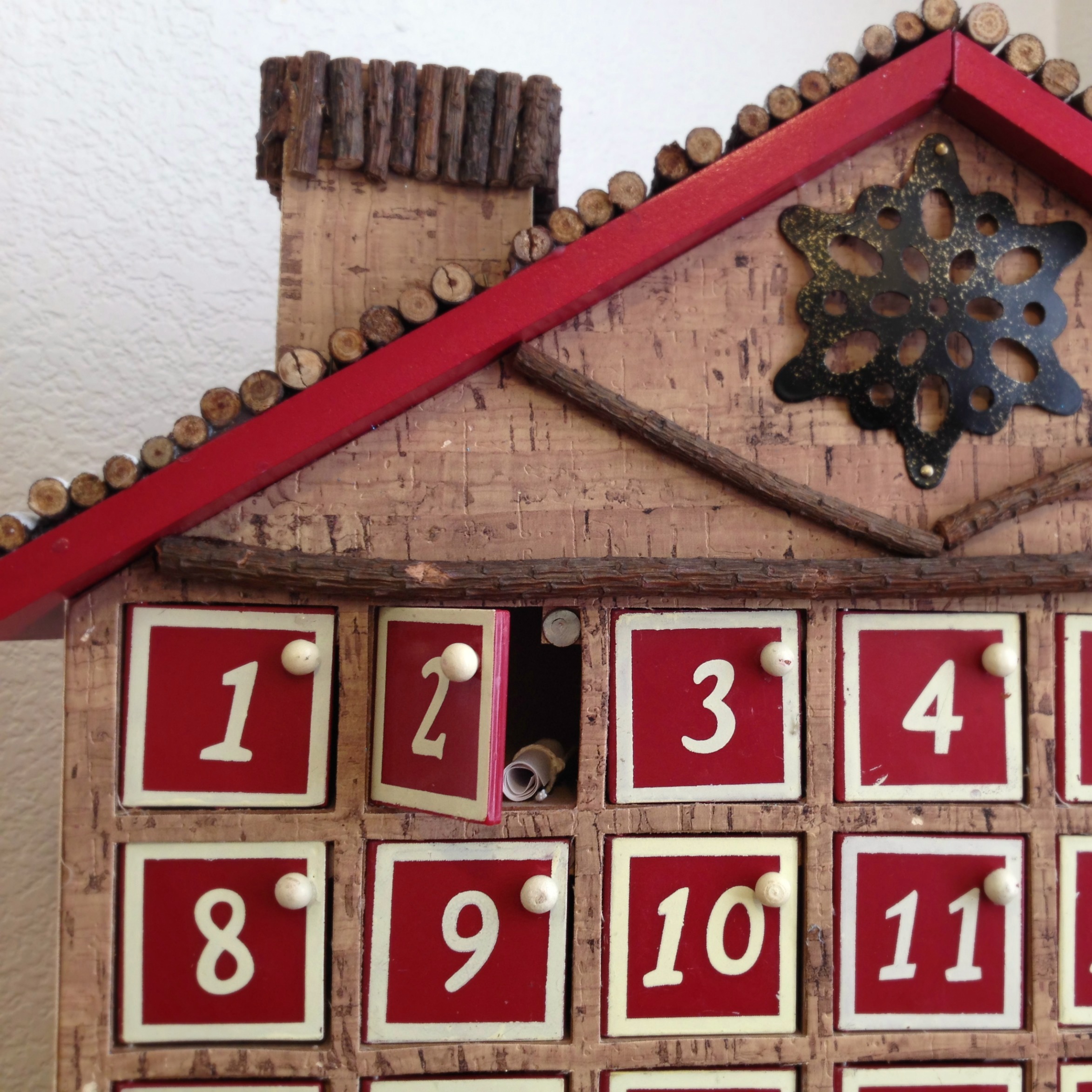